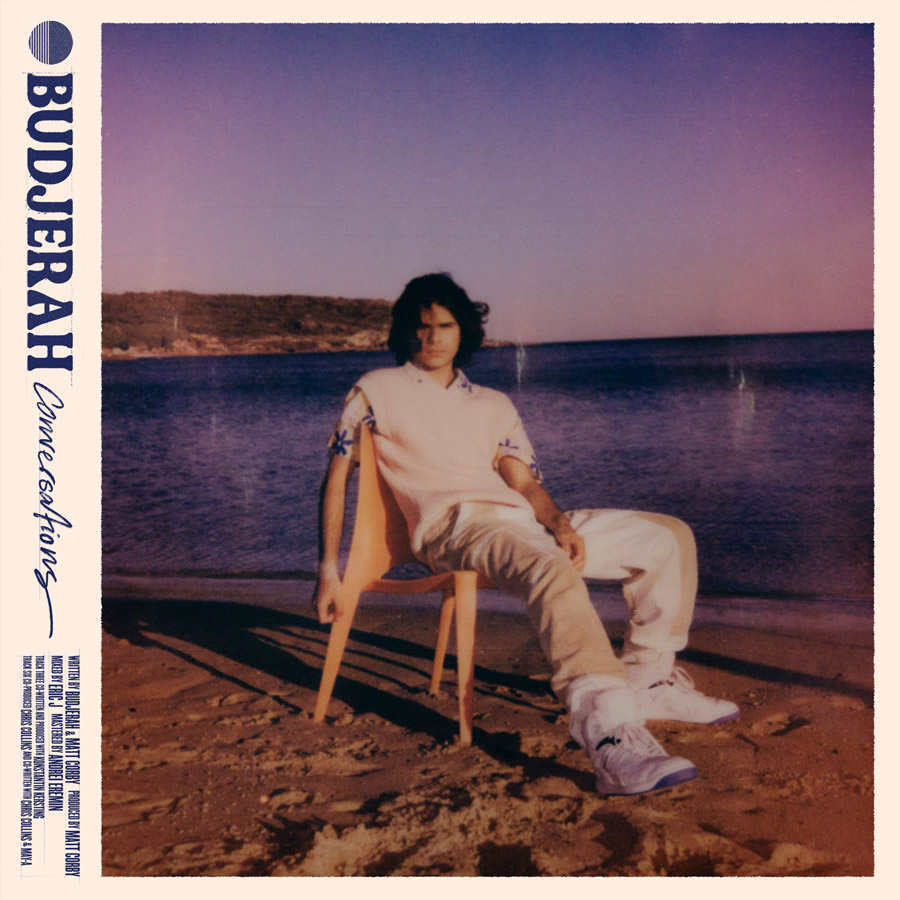 Conversations is the 2nd EP from ARIA Breakthrough Artist of the Year, Budjerah, out now.

The EP - which features previously released singles Talk with MAY-A,  Wash My Sorrows Away and What Should I Do? - reveals a darker, sleeker sound for Budjerah, reflective of the changes that have occurred in his life.
Listen / See Merch 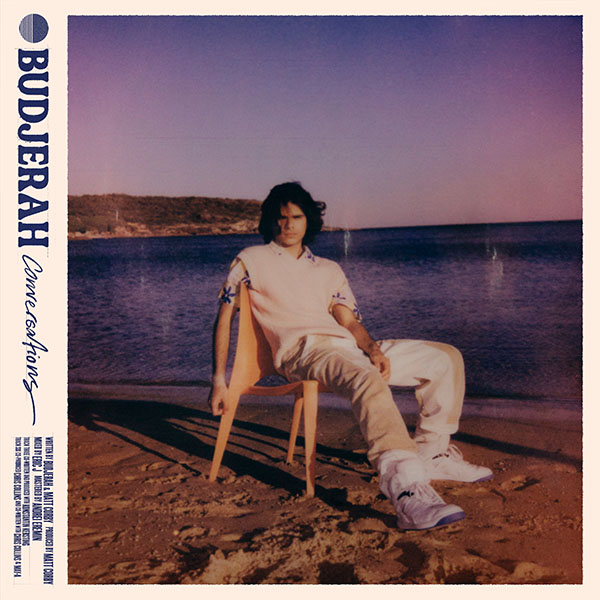 Pre-order
2step (Budjerah Remix)
Watch More
What I should Do?
Watch More
Missing You
Listen
Tour Dates
About
In 2020, Australia was introduced to the spectacular voice of Budjerah: a new, homegrown kind of R&B star. Possessing songwriting ingenuity and old-soul wisdom, it quickly became abundantly clear that, for a lot of us, Budjerah was the kind of figure we’d been missing. “When will the moment come? I’m tired of wasting time,” the then-18-year-old Coodjinburra musician sang in the opening strains of his debut single, the earthy R&B jam “Missing You”. He might as well have been talking about his own career: from his earliest releases, Budjerah clearly had spades of talent and a hunger to show just how much he could accomplish.
‍
Now 20, and with a debut EP under his belt — as well as an ARIA Breakthrough Artist award from 5x nominations, previous support slots with Thelma Plum, The Avalanches, and Lime Cordiale, a collaboration with PNAU, and an upcoming  world tour lined up with Vance Joy — Budjerah is ready to charge forward, armed with a new set of songs that show off his range, his fire, and, of course, his gossamer, heart-wrenching voice. On Conversations, Budjerah’s second EP, Budjerah is emerging a clear-eyed young songwriter who’s at turns heartbreaking and heartbroken, lovelorn and headstrong, singing about changing friendships and relationships with the vigour of youth and limpid depth that belies his age.

Reuniting with longtime producers Matt Corby and Chris Collins, as well as new collaborators MAY-A and Konstantin Kersting, the EP — which features previously released singles “Talk”, with MAY-A, and “Wash My Sorrows Away” — reveals a darker, sleeker sound for Budjerah, reflective of the changes that have occurred in his life. “These songs speak about the last year — about me figuring out what’s important. My friends sort of dropped away, the ones I was missing in ‘Missing You’,” Budjerah says.

“This EP is about realizing that this stuff that’s happening is good for me — I’ve learned and I actually have grown up a little bit since the first EP. It’s a lot of feeling — so much has happened and it’s been a lot to process at the same time, good stuff and bad stuff. Conversations is a way to understand those feelings. ”

Throughout its six clarified, electrifying tracks, that sense — of Conversations as a kind of therapeutic outlet for Budjerah, as well as a way for him to work through the mores and expectations of young adulthood in 2022 — always comes through. On the futuristic, resplendent opener “Get Down”, producer Matt Corby’s sparkling, glitched-out synths give way to one of Conversations’ most affecting songs, a sleek jam whose ebb-and-flow melody underscores lyrics about anxiously forging forward through one’s youth.

“‘Get Down’ is about the idea that I’ve come so far now, I have to keep going, it’s too late to stop what I’m doing now,” Budjerah says. “If there’s a way, please show me how,” he sings on the track, a spiritual plea amidst a song suffused with an ultramodern atmosphere. “That song took a while to figure out, just because it was so different compared to what we've done before — But then, like one day, I think it just clicked.”

Elsewhere, the glistening “What Should I Do?” finds Budjerah uniting with producer Konstantin Kersting on a track that finds powerful tension in its clash of electro-R&B production and emotive, trepidatious lyricism. “It’s like no one cares about what’s going on / Could it be that I’ve done something wrong?” Budjerah sings, as Kersting’s trademark synths, rendered here with a warped, almost vaporwave-like patina, glide and glissando beneath. “The lyrics for ‘What Should I Do?’ came really easily,” Budjerah says of the meaning behind the track. “The inspiration came a few weeks earlier — I noticed that my friends weren’t really texting me or calling me; they had sort of pushed me to the side. I was real sad because I didn't have any friends, and didn't know what to do. But now it's over: I got some new friends.” Fittingly, the song sparkles with the knowledge of hindsight.

Conversations also features “Talk”, a collaboration with MAY-A that’s already received widespread acclaim, including adds to triple j and Nova. Dealing with themes of communication and clarity, it’s the perfect prelude to the EP’s themes. “‘Talk’ came about from a conversation with MAY-A [where] we were just talking about how a lot of people would rather text than call,” Budjerah says of he and MAY-A’s inspiration behind the track. “It’s inspired by the fact that a lot of problems in our lives could be solved by talking openly and honestly, face-to-face, instead of hiding behind screens.”

Conversations ends with “Know My Name”, a ballad that reveals Budjerah’s dreams and ambitions and reflects on where he came from. “They’re gon’ know my name,” he sings, spelling it out at the same – “B-U-D-J-E-R-A-H!” “I always wanted to do something like ‘Know My Name’, where I spell my name out,” Budjerah says, “So people know how to spell it.” Even if he didn’t spell it out, Conversations would have ensured one thing: Everyone will know Budjerah’s name after this.
CONTACT
Management / Lemon Tree Music
admin@lemontreemusic.com.au